Apart from the changes in name that many people are comfortable and not comfortable about, there is one question that definitely bothers everyone who is associated with this wonderful platform –
What is the platform’s direction going to be in the future especially with it being brushed off as legacy while new waves of ERPs and AI seem to be the in thing now .
Yet, from both a technical as well as from a profitability perspective for all parties – It has never been a more interesting time for this platform to not only stay relevant in the market but have a strong potential to lead future technology innovations .
1. What’s in the name – AS400, iSeries or IBMi?
The reason why the term “AS400” resonates with many people is because it was coined in 1988 and was used until 2000 (12 years) then renamed…
eServer iSeries in 2000
IBM System i in 2006
IBM Power Systems – April 2008
We can’t help but wonder – Why IBM, Why?
But whatever name you choose to call it, we are referring to the same platform.
As long as we know this, it is enough and better to let people keep their personal preference about it.
2. I know RPG, ILE and COBOL, does the IBMi support newer technologies?
Even though thousands of businesses run their mission critical applications on these programs. IBMi is also perfectly capable of running many newer application workloads on other cross platform applications like Java for example which has been in use on the IBMi for a long time now .
IBMi also supports the following open source products and extending Technology Support Services as well shows their commitment to the growth and scale of the platform with these products .
ActiveMQ
Ansible
Apache Ant
Apache Camel
Apache Commons
Apache Kafka
Apache Maven
Apache Tomcat
Apigility
Drupal
Git
GNU Make
GNU awk (gawk)
GNU sed
GNU wget
Jenkins
Joomla
Loopback
Nginx
Node.js
PCRE
PHP
Perl
Python
R
Redis
Rsync
Spring
Vim
WordPress
Zookeeper
Source – https://www.ibm.com/support/pages/open-source-support-ibm-i
3. What about AI on the IBMi, is that possible?
No company can escape the wave of AI and machine learning in the new age. Of course people have the fear that AI will take away jobs – that is true in fact and what we believe is that it was about time these jobs were taken away from humans anyway . Let us consider this example…
You call a shipping company and provide the long tracking number which is repeated by the operator . The operator then searches for the package status and gives you the result – Isn’t this inconvenient for both the caller and the operator . Now picture this, you copy and paste the tracking number in a bot on the shipping company’s web page – you get an instant result . Isn’t that convenient?
This menial job of the phone call is taken away to be done by a machine but who is designing the bot and the conversation flow ? A human, of course and in particular an operator who knows the questions people ask and what to answer for that particular company .
Which means the shipping company can scale better and then as a result there would be more jobs for humans.
That is all good, but how is it relevant to the AS400/IBMi?
AS400/IBMi is a platform that was built for high scale computing – All aspects of the platform are built to cater to the most demanding workloads along with impeccable security.
Let us look at a use case that uses one of the newer generation languages – Node.js to build an AI chatbot on the IBMi which lets users reset their own passwords .
People forget passwords, change machines, come back from vacation, 90 days have passed, whatever may be the case . Routine password reset is one tedious job for a system operator especially in a large organization .
If we could take this task away, it would leave a lot of time for the operator to work on more important things.
So how do we do that without compromising security and maintain a secure datacenter?
This is how… 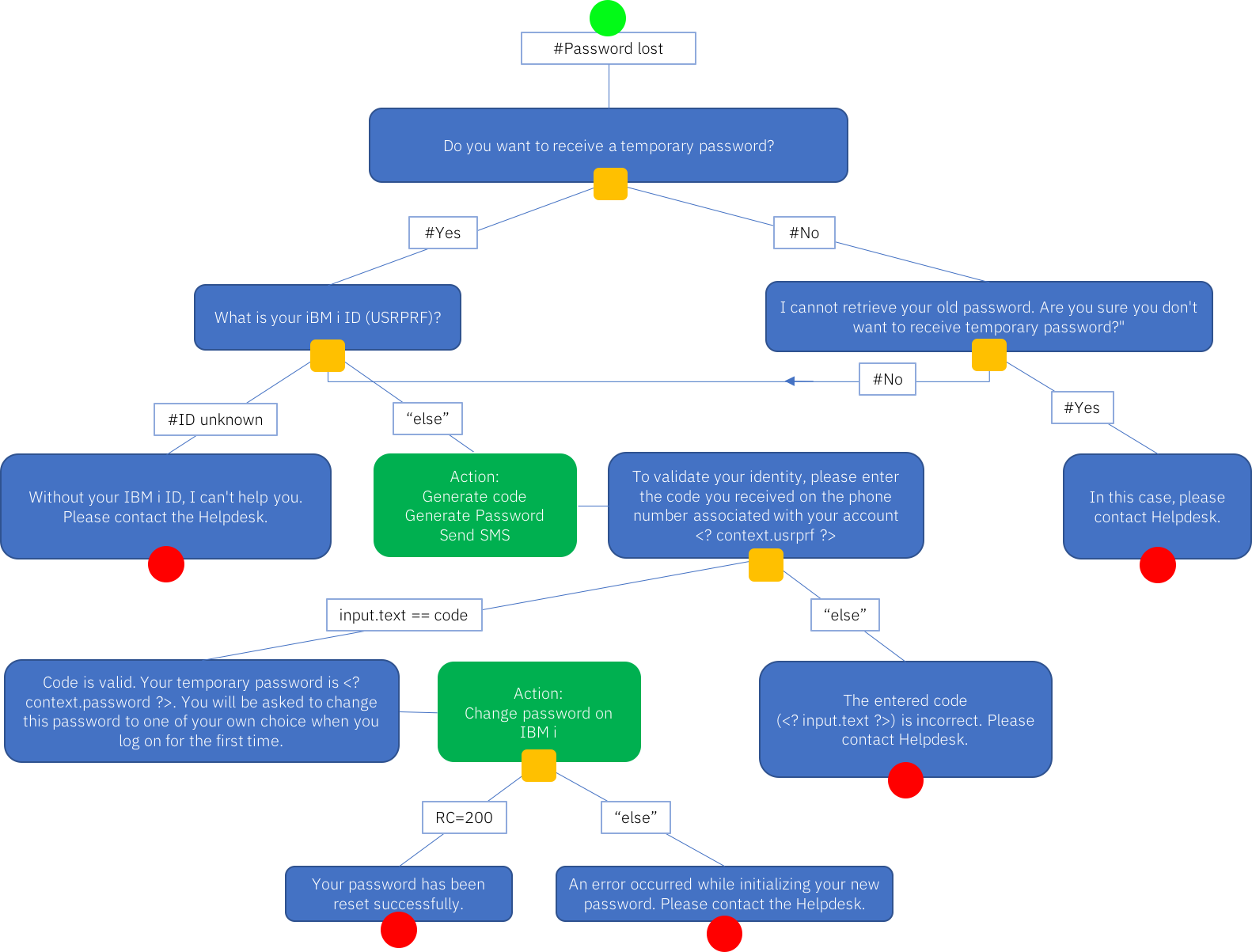 Head over to the IBM developer site on how to enable this with step by step instructions. You can use the free limits of IBM watson, IBM cloud etc to test it out…
Source – https://developer.ibm.com/tutorials/i-it-helpdesk-chatbot/
This is one sample application on one sample new generation language but the possibilities are endless to what can be built on the IBMi in the AI age.
Read more about the IBMi

Using Java on IBM i

Time to move to IBM i SMBv3

What you need to know about ransomware